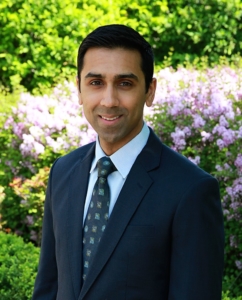 The Arc of the United States has hired its first-ever Senior Executive Officer of Development: Karim Merchant. Karim will lead a team to develop, implement, and manage fundraising strategies that support The Arc’s longstanding commitment to advocate for and serve people with IDD. He will create and implement a comprehensive growth strategy and fundraising plan to cultivate private and public philanthropic support advancing The Arc’s vision for people with IDD to be valued members of their community who can achieve their full potential and a future that is secure. As The Arc approaches its 75th anniversary, Karim will work to build a stronger base of financial support for the national organization, including relaunching The Arc US Foundation, to assure that its advocacy and services will continue for decades to come and give families caring for a person with IDD peace of mind.

Karim comes to The Arc most recently from the Cancer Support Community (CSC), the largest professionally-led nonprofit network of cancer support worldwide, where he led a dynamic fundraising team focused on growing major and planned gifts, corporate partnerships, and foundation grants. Prior to that, at the Aga Khan Foundation USA, Karim led a fundraising team and hundreds of volunteers across the country to raise nearly $14 million annually to improve the quality of life of communities in Asia and Africa.

Karim is a member of the Board of Trustees of Excelsior University and chairs its Institutional Advancement Committee. He recently represented CSC alongside DC grant makers as a volunteer reviewer in the first grant round of DC’s $95 million health equity fund. Karim has enjoyed building experience in a variety of donor-centered fundraising strategies including major and mid-level giving, planned giving, annual fund, board engagement, corporate sponsorships and partnerships, grant writing, events, volunteer leadership, recurring giving, digital campaigns, point-of-sale fundraising, and direct mail. Before he was a fundraiser, Karim practiced corporate finance law, most recently at the Chicago office of Baker and McKenzie. Karim holds a J.D. from The University of Virginia School of Law and a B.A. in Economics and Spanish from Vanderbilt University.

The post The Arc of the US Hires Its First Senior Executive Officer of Development appeared first on The Arc.