Phoenix, AZ – Today Arizona and national civil rights groups, in close collaboration with the Arizona Department of Health Services (ADHS) and the U.S. Department of Health and Human Services, Office for Civil Rights (OCR) announce the approval of revised crisis standards of care. These standards determine who does and does not receive care in […]

The Arc is appalled and disgusted by the offensive remarks made by Albert Watkins, an attorney representing Jacob Chansley, the self-described, “QAnon Shaman” who attacked the U.S. Capitol on January 6, 2021 with an angry mob. In an interview with Talking Points Memo, Watkins described defendants in the Capitol attack as “all f—ing short-bus people.” […]

The Arc of the United States is thrilled to announce it has received an award from Verizon to implement the Building Community Resilience through Inclusive Disaster Preparedness program in 2021. Through this initiative, we will award chapters of The Arc and community organizations grants to offer online volunteer opportunities that focus on the importance of […] 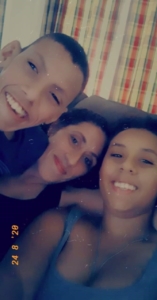 This Mother’s Day, The Arc celebrates the unconditional love and infinite strength of mothers. We recognize the mother figures and grandmothers who nurture and support us – no matter what. We embrace the challenges of motherhood. We revel in the joys. If you ask Kendra Mendoza, a mother of two in North Providence, Rhode Island […]